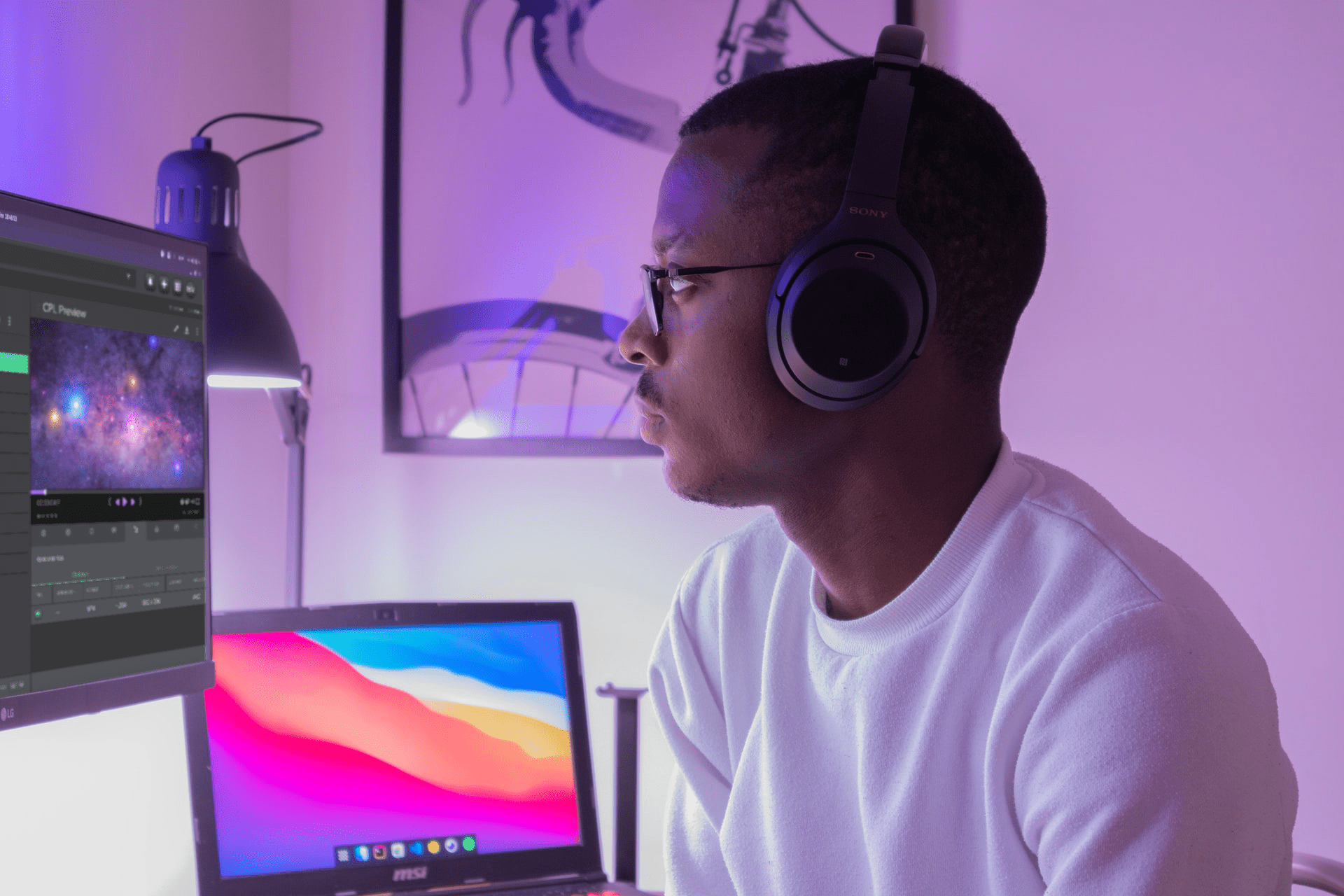 The past two years have witnessed some incredible disruptions in the media industry. What was once considered “exciting new ground” for the future became something of an upheaval of broadcasting’s status quo. Nothing calls more urgently for change than the need to accommodate the realities of a decentralized work environment. Surging volumes of work orders, shorter turnarounds, new distribution outlets seeming to appear online in the blink of an eye, and both open source and proprietary formats have combined at an accelerating pace to outdate current, trusted post-production workflows.

Media producers are re-evaluating their post-production workflow for efficiency and productivity in order to remain relevant in this new market of video-on-demand. Many of these new workflows are built from the ground up to accommodate the complexities of content, optimized for a vast spectrum of platforms ranging from traditional television markets to streaming services, those services targeting a vast spectrum of devices ranging from smartphones to high-end home theater displays.

Striving to Be Better: Mandating a New Post-Production Workflow Architecture

The reasons remote post-production capabilities are so vital to success are well documented. Several significant drivers, starting with the trend in remote workforce collaboration, are behind this need to change the standard workflows in the market.

1) The rise of remote work in post-production workflows calls for a cloud-based environment.

Hybrid combinations of centralized and remote contributions to post-production workflows are here to stay. Researcher FutureSource Consulting stressed the point in a recent report on trends in post-production: “As in many other industries, the seismic shift to remote operation at scale seen in the past year has caused a cultural shift in mindset to the reliability and openness of remote working. Many mission-critical applications must still remain on premise, but we expect to see technology providers continue to place strategic emphasis on developing their products to facilitate and support even more ambitious remote production workflows in the future.”

Producers need to engage their post-production staff with confidence whether they’re working in the same town or a continent apart. Their collective output will be on par with traditional single-location operations. A cloud-based platform can cover every aspect of the post-production process to ensure content is packaged in every required format with all relevant assets, metadata, language-accurate closed captions, and any remaining essential elements required for every type of distribution.

2) Distribution requirements are constantly in flux, driven by the unrelenting increase in Over-the-Top (OTT) video services.

Streamed video services, now topping 80% of households in at least five countries, including the U.K., Canada, the U.S., Sweden and Denmark, averages close to 29% of worldwide audiences. Considering the popularity of these services, OTT platforms such as Disney+, Apple TV+, and Netflix are on a projected course to hit 35% of media viewership by 2025. In the U.S., OTT penetration stands at 82% compared to 58% for legacy pay TV with the number of services, often including pay TV, averaging close to four per household.

Insatiable consumer appetites for more choices ensure there will be ever more OTT services for producers to target as distribution outlets. By one count, at least 11 OTT services worldwide have more than 30 million subscribers. And there are hundreds of new OTT services reaching niche audiences, which, on a global scale, are often too big to be ignored.

3) There is more original content entering post-production than ever before.

OTT providers became the driving force behind this surge of original movies, series, and documentaries, following Netflix’s success at employing original content as a major audience draw. By 2019 Netflix accounted for nearly a third of 1,178 U.S.-produced dramatic series, documentaries, and other original projects. Amazon Prime quickly followed suit, although at 314 hours of first-run content running worldwide in 2019 its output was dwarfed by the 2,500 hours produced by Netflix. This competitive impact triggered bigger commitments from other networks and studios as well, many of whom now depend on self-branded OTT.

With online viewing of content taking hold, live-streamed video traffic is projected to exceed on-demand video traffic by 2023. Adding momentum to the phenomenon is the use of the internet to live-stream content that can’t be found on traditional broadcast TV.

Sport is the biggest contributor to this evolution. Much of the testing of post-production workflows applied to streaming content comes from the sports industry. Streaming the latest tries of a rugby final, the moment of “Lights Out” at the Turkish Grand Prix, or the grand slam hallmarking a World Series is simply a matter of augmenting packaging processes to reach new affiliates who win rights to existing broadcast productions. This has created a demand for low-cost, professional-caliber remote production capabilities.

More significantly, esports have moved well beyond niche status to reach a global fan base topping 800 million on its way to a billion by 2024. Game publishers, who began staging big esports events as a way to boost the popularity of their core products, are now capitalizing on esports streaming as a business in its own right, by staging more events for online distribution and augmenting productions with social networking, viewer-selected camera views and other features.

5) The variety of devices and platforms used for content consumption is adding ever more complexity to post-production workflows.

The way people are watching content now extends across smartphones, tablets, PCs, TVs. TV media players, game consoles and even internet-connected virtual reality (VR) head-mounted devices (HMDs). When streaming is in play, content must be transcoded and packaged into multiple adaptive bitrate (ABR) profiles for each type of device, and each platform — be it Twitter, Twitch, or TikTok — has specific needs for their own post-production. From presentation to codecs, preparing media for content distribution and consumption has become something of a challenge.

Increased consumption of streamed content on connected TVs has fueled a surge in 4K UHD and HDR formatting among OTT providers, which has created competitive pressure on cable and broadcast outlets to follow suit. Nearly all original content produced by Netflix and Amazon is now offered in UHD, much of it enhanced with HDR. As of mid-2018, Netflix said 30% of its subscribers worldwide had opted for its higher priced 4K/HDR service tier. Other global OTT providers of 4K and HDR-enhanced 4K content include Disney+, Hulu, Apple TV+, FandangoNOW, and YouTube.

Breaking away from the familiar is always challenging. Is the risk worth the reward? Changing post-production workflows you are familiar with, from media giants to independent post houses, can test the logistical limits of your projects. However, solutions do exist that can smooth the transition to cloud-based workflows. The crucial role Dalet plays in helping customers thrive in this new environment is illustrated by the London-based post-production company Smoke and Mirrors (S&M), now Tag Collective.

Tag Collective needed to find a cost-effective way to scale operations to better pursue business opportunities. This had to be done in the context of addressing ever more complex business rules for content quality control, effective transcoding and distribution while reducing administrative overhead, retiring aging legacy systems, and removing the bottlenecks imposed by tape-based operations. Implementation of an automated, intelligent task management was made possible thanks to Dalet Flex’s configurable post-production workflows. Data-driven workflows tied to over 100 scripted actions curtailed human error and duplication with a far more agile approach to executing changes, resulting in an average 85% reduction in project completion times.

What It Takes to Evolve Your Post-Production Workflow

This is but one example of how the new post-production workflow feels native with the Dalet Flex platform and integrated tools. Dalet Flex also offers freedom to create content supply chains perfectly matched to a studio’s or production house’s needs. Such adaptability is vital to updating post-production workflows, as seen in Dalet Flex and in the high-performance transcoding flexibility of Dalet AmberFin, a highly scalable, media processing platform for video/image, audio, and subtitle/caption processing. Eliminating the need to create multiple versions of content allows significant reductions in storage space and optimized management for multiple distribution outlets. This scalability is essential in meeting the tight time-to-market deadlines imposed with all types of video content entering post-production workflows, including non-linear as well as live programming.

Evolve or Perish: The Future of Post-Production Workflow

When searching for your own next step forward in updating your post-production workflow, Dalet Flex supports the automation and orchestration essential for successful post-production operations designed for the premium video marketplace. Dalet Flex can run on commodity appliances across any combination of private and public clouds to support workflows involving any combination of remote and centralized inputs. There’s no better way to accommodate today’s market and its remote team working behind-the-scenes in content delivery than with implementation of Dalet Flex, together with Dalet AmberFin. Success can be achieved for your media productions at minimal initial and ongoing operational costs compared to any other approach, ensuring customers will be able to reap the benefits for years to come.

Tee Morris brings three decades of audio, video, and print experience to Dalet. His passion for digital media and content creation led him to writing several best-selling titles including Podcasting for Dummies, Twitch for Dummies, and Discord for Dummies. When he's off the clock, Tee writes science fiction and fantasy, and unwinds with a video game or two. 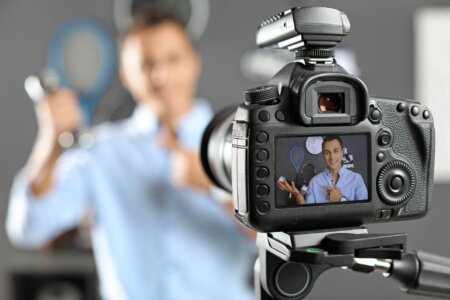 How to Boost Your Video Strategy

This article was first published in the Raconteur issue “The Future CMO” in June 2022. People frantically looking up ‘How to…’ video guides was one of the defining features of Covid lockdowns. Without easy access to plumbers or builders, it was up to the video tutorial to help guide our shaky hands through fitting a... 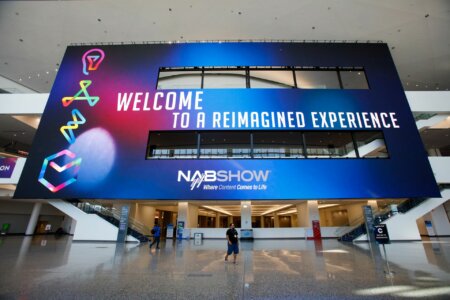 The return of the NAB Show in Las Vegas was nothing short of amazing. It was very special to be able to meet again with our customers, partners, and the media community as a whole after a two-year hiatus. Even though attendance was down by about half in comparison to pre-COVID shows, those attending were... 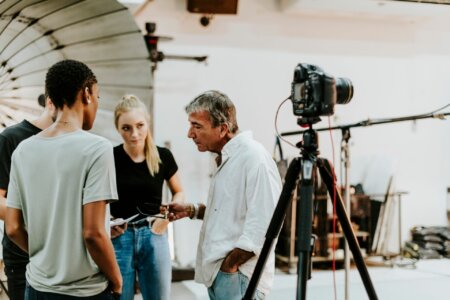 Getting high-value content to audiences is not getting any easier. In a world where remote work is increasingly common, and media is consumed through dozens of different platforms, it can be hard to keep up! Large libraries can be spread across multiple locations, on-premises or in the cloud; and making sure the right content, in...

How to Boost Your Video Strategy

This article was first published in the Raconteur issue “The Future CMO” in June 2022. People frantically looking up ‘How to…’ video guides was one of the defining features of Covid lockdowns. Without easy access to plumbers or builders, it was up to the video tutorial to help guide our shaky hands through fitting a...

The return of the NAB Show in Las Vegas was nothing short of amazing. It was very special to be able to meet again with our customers, partners, and the media community as a whole after a two-year hiatus. Even though attendance was down by about half in comparison to pre-COVID shows, those attending were...

Getting high-value content to audiences is not getting any easier. In a world where remote work is increasingly common, and media is consumed through dozens of different platforms, it can be hard to keep up! Large libraries can be spread across multiple locations, on-premises or in the cloud; and making sure the right content, in...